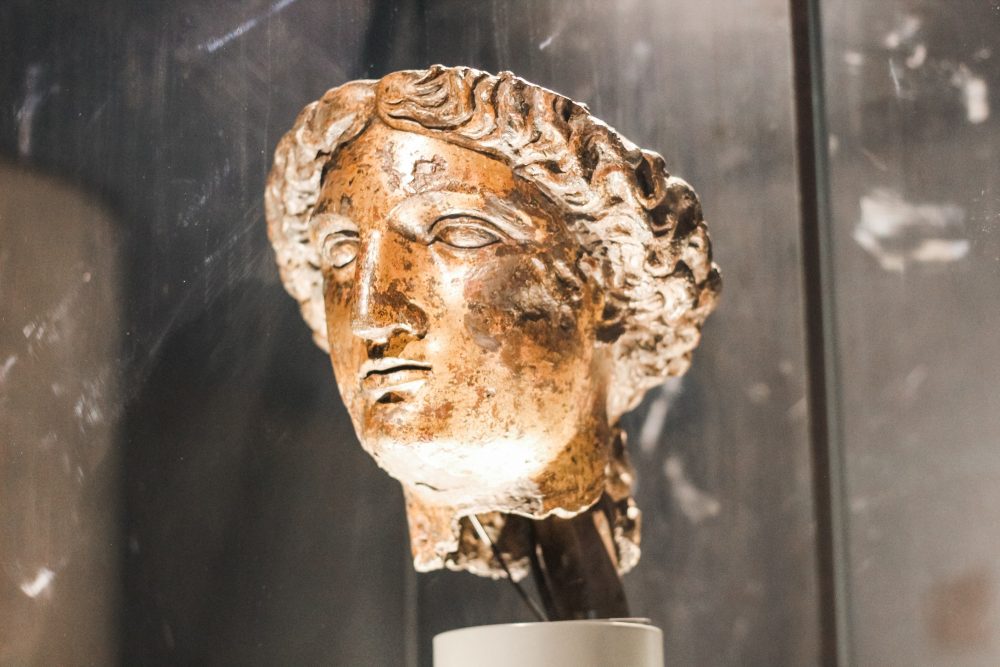 Sophocles Antigone Summary is a play that was written in 441 BC. So, what is Antigone about? Let’s find out.

In this brief summary of Antigone are two sisters, Antigone and Ismene. They have just lost their two brothers, Polyneices and Eteocles, in a war. The new king, their uncle, King Creon has decreed that Eteocles will be buried with full military honors while Polyneices will be left unmourned and unburied. He has added that anyone who attempts to bury Polyneices will be stoned to death.

But Antigone can’t sit still while vultures eat her brother’s remains; she feels compelled to bury him. She runs to Ismene for help.

However, the thought of being stoned to death petrifies Ismene, who is afraid to lose another member of her family.

Their father, Oedipus, the former king of Thebes, brought a curse on the family when he unknowingly killed his father and married his mother, Jocasta. A mistake that caused him to run into exile and also caused the war that killed both of his sons.

Antigone Decides To Bury Her Brother

Antigone makes it clear that she is not going to budge; she is determined to bury Polyneices even if she ends up dying.

Meanwhile, the chorus of Theban elders is praying out loud to the God Apollo. They’re giving thanks for their recent victory. Yet the success came with a steep price. The city of seven gates, Thebes, lost seven of their generals, which they had sent out to defeat the seven enemy generals, including Eteocles and Polyneices, who represented the opposing sides of the battle.

A guard runs into the palace and states that someone has performed a burial for Polyneices’ body.

Unfortunately for the guard, he didn’t see who did it; this upsets Creon, and he tells the guard that he had better find out who did or he would be killed in their place.

Creon even accuses the guard of taking a bribe and allowing someone to bury Polyneices. The guard leaves to find the perpetrator.

Almost immediately, the guard comes walking back into the palace to speak with King Creon. This time the guard is hauling Antigone, Creon’s niece. The guard claims that he arrested her while she was burying Polyneices. The guard explains that when he returned to his post, he swept the dirt off of Polyneices, that’s when Antigone came back to bury Polyneices again and got caught in the act.

The guard is relieved, which contrasts the obvious pressure Creon must feel at his new predicament. Antigone immediately admits to the crime.

She declares herself guilty and doesn’t try to deny it.

She continues with an attack on Creon for his immoral decree. She states that she would have rather died than leave Polyneices unburied. Creon remarks that even the stubborn Antigone would have to face the law even if it takes violence. Antigone continues to argue with Creon; her logic is that Polyneices deserved a burial as much as Eteocles. She says that Polyneices’ actions in life should have no bearing on how his remains are treated.

The Unexpected Lie Of Ismene

Meanwhile, Creon argues that by honoring Polyneices, Antigone dishonors Eteocles. Ismene comes into the room. Creon wants to know if she helped Antigone in her treasonous crime. Ismene admits that she did, but Antigone won’t let her share the blame.

Antigone tells Creon that Ismene is lying. Angry at Ismene, Antigone remarks that she doesn’t need friends like Ismene, who only help in words but not in action.

Creon has no intention of sparing Antigone despite them being family.

Additionally, Antigone makes no attempts to try and save herself. Creon imprisons the two women while he finalizes his decision.

Haemon, Creon’s son and Antigone’s fiance at first agrees to defer Creon’s decision. But then Haemon makes a case for Antigone. He states that there is a growing sentiment in Thebes that Antigone does not deserve to die because her convictions to bury her brother were noble. The chorus weighs in and advises Creon to heed Haemon’s warning.

Unfortunately, the discussion devolves into a shouting match after Creon questions Haemon’s character. Creon reasons that Haemon is a fool to defend a traitor.

Haemon asks the fate of Antigone, and Creon explains her punishment: Antigone is to be sealed in a cave and starved to death.

Teiresias, the seer, comes in and tries to talk some sense into Creon. Teiresias claims that Creon is making a huge mistake.

His biggest mistake is his incapability to admit that he was wrong not to bury Polyneices.

After the seer leaves, the chorus advises Creon to take Teiresias seriously. According to them, the seer has never been wrong. They suggest Creon releases Antigone and then buries Polyneices. Creon finally agrees and leaves to free Antigone.

Unfortunately, a messenger comes in and informs the chorus that Antigone and Haemon are both dead. Haemon, frustrated at Creon’s decision, took his own life.

Eurydice, the queen of Thebes, comes in when she overhears the messenger. In shock, she asks the messenger to repeat his message. The messenger says Haemon found Antigone strangled by a rope. He got distraught and tried to kill his father but then turned his sword on himself.

When Creon returns to the palace, it’s revealed that Eurydice has also killed herself. The messenger tells Creon that before Eurydice committed suicide, she cursed Creon for having taken away her only son.

Creon can’t believe what has happened. He admits that he is responsible for the death of his son and wife. Creon is so shocked by the events that have transpired that he’s not even able to walk; he has to command his guards to come and carry him.

Here you have it – the ultimate short summary of the Greek tragedy Antigone. Do you want to have even less stress in the college? Let our professional writers help you!